The Government has announced that the new streamlined energy and carbon reporting (SECR) framework will replace the CRC Energy Efficiency Scheme following the latter’s abolishment in April 2019.

The policy objectives of the SECR framework is to reduce overall administrative strains on the participants while also improving the motivation of organisations to reduce the cost of energy bills and carbon emissions through energy efficiency initiatives.

Through the SECR framework, qualified organisations will disclose electricity, gas and transport usages while also any energy efficiency actions during the previous year in annual reports. In addition, quoted companies will continue to report on their global GHG emissions and an intensity metric while also starting to report their global total energy usages.

Another feature of SECR involves a statutory de minimis (where it is not cost-effective to audit and report). Companies using lower domestic levels of energy are not required to disclose their SECR information if it is confirmed (on an annual basis) that they used 40,000 kWh or less during the 12 month period. Additionally, a ‘comply or explain’ exemption has been included allowing unquoted companies to exempt a proportion of their energy use and emissions from reporting if they can explain that it would cause a disproportional burden on them to report the appropriate data.

The preferred SECR framework will apply to around 11,300 companies (based on the Companies Act 2006 definition of ‘large companies’).

Organisations will be in scope where two or more of the following criteria apply to a company within a financial year:

Comparisons between other energy schemes can be seen from the below. 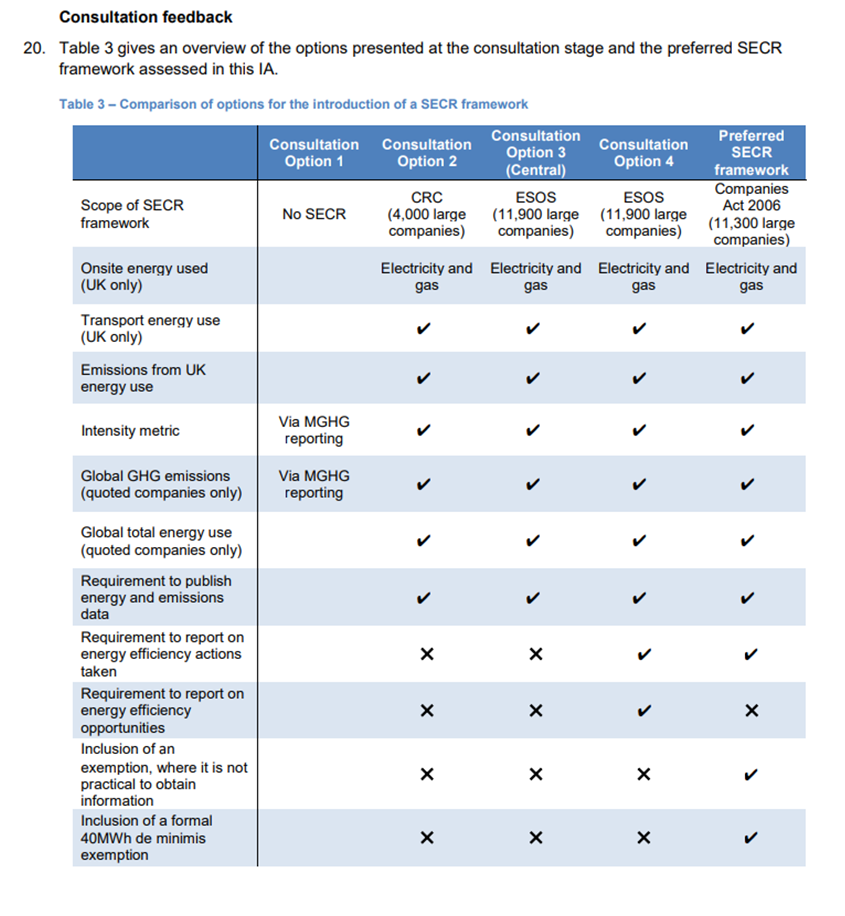